A local air quality expert has joined campaigners to test the air pollution in 20 traffic hotspots around St Albans.

Keith Cotton, who has lived in St Albans for 20 years, works with businesses and communities around the UK to measure, combat, and raise awareness of dangerous air pollution.

In early September he joined local Green Party campaigners to put up 20 pollution-measuring tubes around St Albans. After a month of measuring, he took them down this weekend. They’ll now be sent to a lab for analysis, and a report will be produced shortly.

Keith said: “These little tubes measure the amount of toxic nitrogen dioxide in our air. This gas has a significant impact on our health, so knowing where it's at harmful concentrations is vital if we’re to reduce emissions in target areas.”

This batch of 20 tubes follows a 10-tube trial earlier in the year, which revealed unsafe levels of pollution in over half the locations tested.

Green Councillor Simon Grover, who represents the centre of the city where the worst pollution is found, said, “Air pollution is a silent killer in St Albans. Around 100 people die from it every year here, and all of us are affected by it, whether we know it or not. So it’s vital that the Council does more to protect us.”

The Green Party has proposed measures including a lorry exclusion zone, better facilities for cyclists and pedestrians, and more electric car charging points. 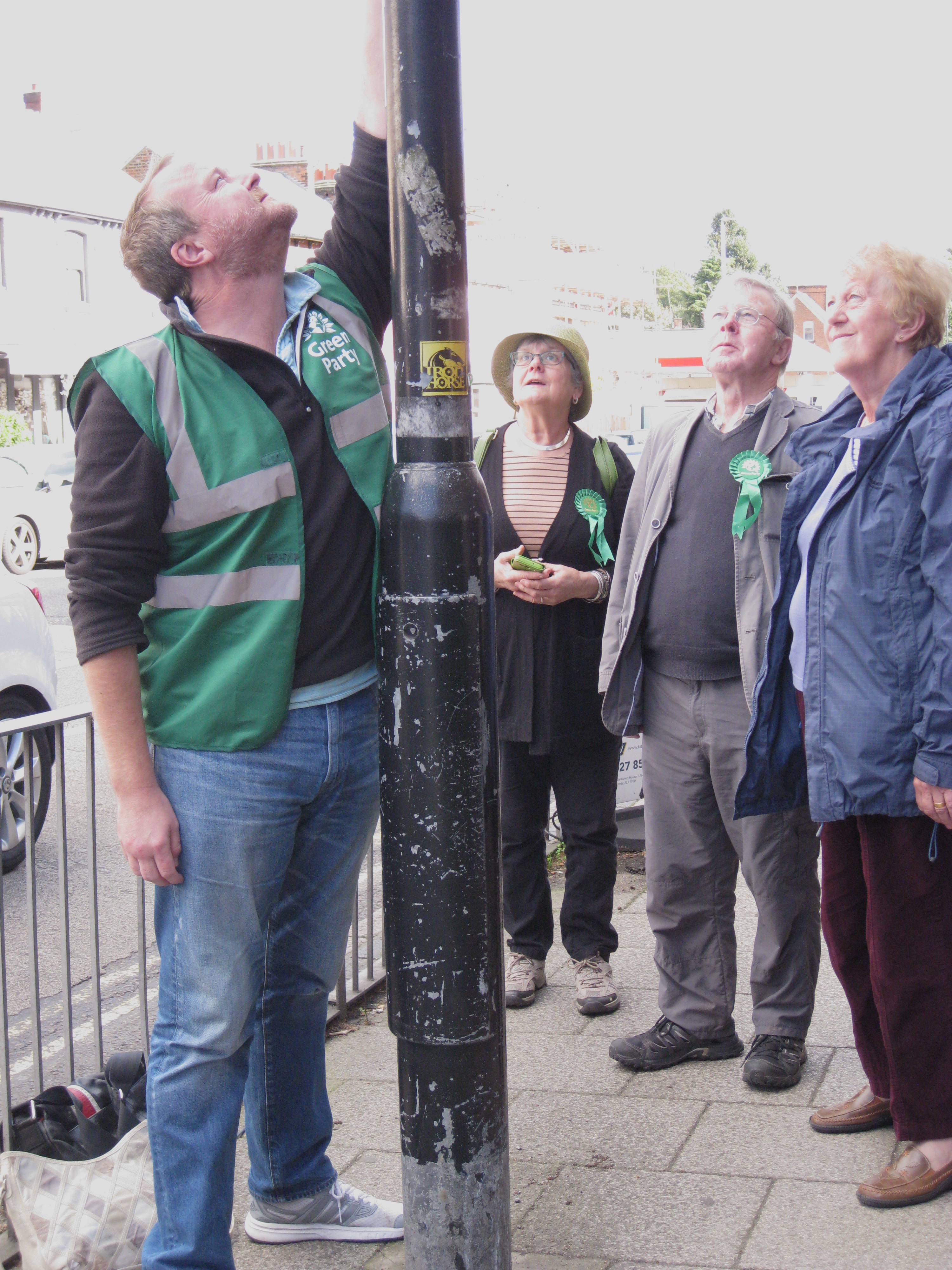