"The Green party profile has never been higher, with Caroline Lucas voted MP of the Year and our opinion poll ratings and membership levels both rising. Here in St Albans, where we have an elected councillor, our paid-up membership has doubled since November.

People are attracted to the Green party by three key messages:

• We are the only party that understands sustainability and the much greater priority that we must all give to limiting man-made climate change and the depletion of the natural resources that we all depend upon.

• We are the party of compassion, the party most committed to public services and to a fair deal for the most needy of our people.

• Our core principles lead to sensible, well thought out policies that are widely accepted, and that don't get changed every time a rival politician grabs a headline." 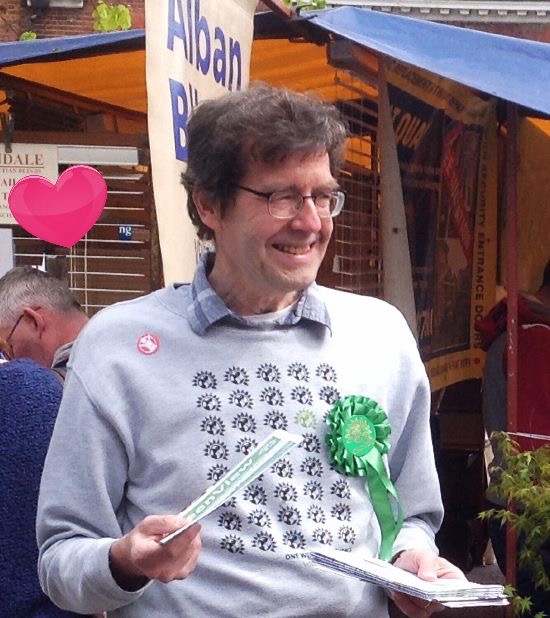 Jack, a Chartered Accountant, is married with three children and has lived in St Albans for 15 years. You might have seen him promoting positive actions at Transition St Albans events, campaigning to keep blue badge parking free at the hospital, or opposing the undemocratic Transatlantic Trade and Investment Partnership. You might have heard him on Radio Verulam, talking about 20mph speed limits for residential roads and many other environmental issues.

“It is an honour to serve the St Albans Green Party as our candidate for Parliament; it would be the utmost privilege to serve the people of St Albans from Westminster."